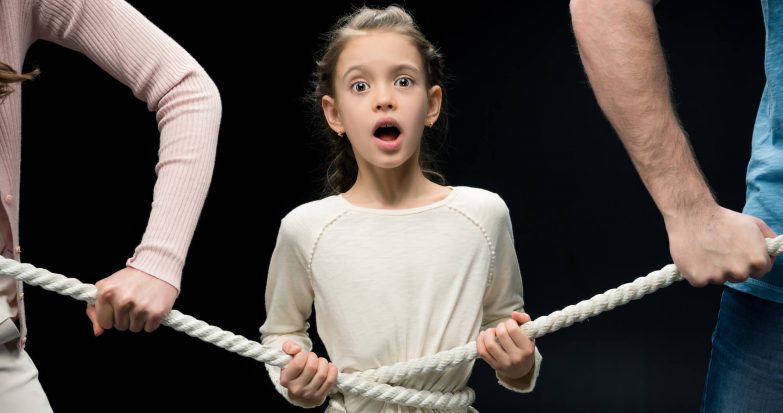 Divorce is a difficult time for all involved, but it’s especially challenging for children. Being prepared for a divorce is the first step in mitigating the emotional consequences of divorce for both the children and spouses. Hiring experienced family law attorneys who are knowledgeable about a variety of issues can help decrease the emotional burdens.

Each state has different residency requirements for deciding child placement, and it’s important to understand these timelines as the judge will consider the child’s residency length before starting the court process. In Minnesota specifically, a child must have resided in the state with a parent for at least six consecutive months. If one or both parents haven’t lived in Minnesota for the allotted time frame, a judge may not have standing to decide child custody issues. There are many factors that the judge considers when determining custody, including, but not limited to:

Depending on the age of the child involved in the divorce, there are instances where it may make more sense for the child to be with one parent more time than the other parent. Young children thrive in a familiar environment and regular routine.  If there are occurrences in which one spouse is concerned about the other parent’s mental health or substance abuse , it can influence the judge’s final placement decision.

There are two types of custody when it comes to children and divorce; physical and legal. The party that is granted legal custody has the authority and responsibility to make important decisions regarding the child’s upbringing. Some of these critical decisions include, but are not limited to:

The judge will also determine which spouse has physical custody of the child, which refers to caring for the child on a regular basis. Physical and legal custody can be shared by one or both parents, and in Minnesota, many couples establish a schedule that coincides with job schedules, school, extracurricular activities, and more.

The Importance of Child Support

It’s important to remember that child support is for the child’s well-being and quality of life, not for the parent’s own financial benefits. The Minnesota Department of Human Services provides the general public with a child support calculator to help individuals determine what is owed under the child support guidelines in Minnesota. Each state has different guidelines regarding what expenses are considered “basic needs,” but below are a few generic examples:

Basic child support in Minnesota doesn’t include monetary contributions for varying child care expenses, medical expenses, or dental expenses. A parent paying child support may be required to contribute to these additional expenses, but the ability to provide is based on the parent’s income. If a spouse is worried about the misuse of child support funds at any time, it’s vital to have spending defined in the parent’s agreement and for both parties to understand their roles and responsibilities thoroughly.

The term paternity refers to the lawful relationship between a father and his child. Paternal rights are determined via the legal system unless presumed otherwise. When a child is born during marriage, the child’s parents are generally presumed to be the wife and husband, thus making the husband the presumed father. When a child is born outside of marriage, there is no presumed father meaning the mother is automatically granted sole legal and physical custody.

In Minnesota, if a child is born outside of marriage, the biological father must establish paternity to become the legal father. If the biological father wishes to be identified as the legal father, there are two processes available that parties can follow to establish paternity, signing a Recognition of Parentage (ROP) or filing a Paternity Adjudication in district court.

After a child is born at the hospital, the parents can sign an ROP, which is a legal document that allows the father to establish a legal relationship with the child if the mother and father are not married. Both parents are required to sign the ROP to show that each party agrees upon the recognition of the biological father. Upon getting signatures from both biological parents, the ROP is notarized and filed with the Department of Health and Office of the State Registrar. It’s important to know that once an ROP is signed and processed, it is difficult for either parent to later challenge paternity. Therefore, each parent essentially gives up rights to genetic testing, trials regarding parentage, and right to counsel, making it extremely important to discuss an ROP with a lawyer should there be any areas of concern or uncertainty.

Many couples choose to establish legal paternity with an ROP, but a paternity adjudication or action is another option. If a paternity action is brought to court, the individual in question will be served papers allowing for genetic testing and other applicable information to be compiled to form a case and reach a final decision. If a child’s biological father is established through a paternity action, it then allows for the opportunity for a district court to establish a variety of factors regarding the child’s well-being:

Outstanding progression in legalizing same-sex marriage has made great strides both locally and nationally. Today, same-sex marriage and parenting are continuing to rise in popularity and are less stigmatized as a result. The Minnesota Human Rights Act was enacted in 1993, which prohibited sexual orientation discrimination and many more factors. In 2013, Minnesota passed a law that legalized same-sex marriage, and in 2015, the Supreme Court of the United States ruled that the right to same-sex marriage exists.

Divorce and Having Children

Throughout the United States, same-sex divorces are very similar when compared to opposite-sex divorces meaning both couples are required to file for divorce under the same guidelines. In Minnesota, partners must have resided in the state for no less than 180 days before filing is allowed. However, since same-sex couples have been prohibited from being legally married until 2013, a judge will likely consider the time spent together as a couple before becoming legally married as a factor when making decisions. Same-sex divorces also follow the same guidelines as opposite-sex divorces regarding the division of assets and debts, child custody and visitation, spousal maintenance, and child support.

Same-sex couples have numerous options to reach the dream of creating a family, as all are legalized and accepted in today’s society. Couples have the opportunity to pursue surrogacy, artificial insemination, and/or adoption. For same-sex couples that choose to have children, the determination of custody and parenting time between each spouse is met with the same process as opposite-sex couples. The court will also base a decision off the best interests of the child(ren) to ensure proper care and a healthy environment is provided for the child by each party.

Couples going through a divorce are encouraged to get assistance from an experienced family law attorney as these lawyers are knowledgeable and aware of the needs of children during a divorce process. From determining child custody and support to having children in a same-sex marriage and establishing paternal rights, there are many steps couples can take to make the process easier should divorce be where a relationship is headed. Adequately preparing for a divorce is the first step couples can take to allow for a smoother transition for both children and spouses.