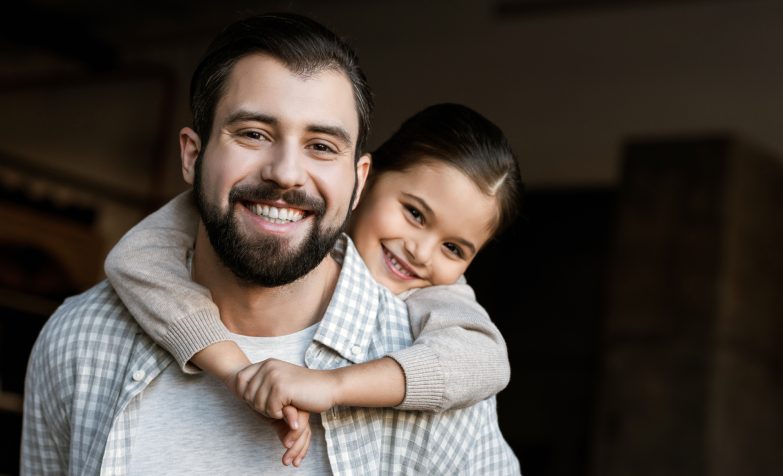 Understanding rights and responsibilities as a parent are vital to providing proper care for a child. Even though deciding to remain  unmarried or to end a marriage may be the healthiest option, a child still has the right to shared parenting.Involving both parents in a child’s life allows them to share their varying experiences and knowledge, thus creating a well-rounded, healthy environment in which many children will flourish.

The term paternity refers to a lawful relationship between  a father and his child which is determined via the legal system. When a child is born during a marriage, it is presumed that the child’s parents are the wife and husband. Therefore, children born during a marriage have a presumed father, which is the mother’s husband. Without taking additional steps, when a child is born outside of marriage, the child does not have a presumed father. Accordingly, the child’s mother is automatically granted sole legal and physical custody until a court order is established stating otherwise.

The Purpose of Establishing Paternity

Going through the proper steps to establish paternity is of utmost importance. If a couple isn’t married, the father will have no legal rights to visitation or custody of a child until a court order is established. Once steps are taken to establish paternity, the father will gain the right to ask for visitation or custody. Being named the legal parent of a child gives the father specific duties, rights, and obligations pertaining to the care of the child. Even if a parent doesn’t have custody, they may be ordered by the court to contribute monetarily to the care of the child in several areas.

Once paternity is established, the child may benefit both psychologically and physically  as children have healthier emotions and better care if both parental figures are in the picture. Forming robust connections with both parents  and increasing relationships with extended family members creates a nourishing environment. Additionally, access to medical history and genetic information will be uncomplicated, and the child will have legal rights to any government benefits and inheritance if applicable.

Throughout the United States, there are a variety of ways to move through the paternity process, but in the State of Minnesota, two methods are primarily utilized to establish legal paternity in the court system.

It is important to note that even if the parties execute a ROP, formal paternity will still need to be established in court. However, filing a certified copy of the ROP with the district court may be sufficient to formally establish paternity without the need for genetic testing.

An ROP is a legal document that establishes the relationship between the father and child when the father is not married to the mother of the child. The form is used to agree upon the recognition of the child’s biological father. Both parents sign the form, and it is then notarized and filed with the State’s Department of Health as well as the Office of the State Registrar. This process is very informal and does not involve any parties going to court unless an agreement cannot be reached, or underlying issues are affecting the proper execution of an ROP.

During this process, each parent presumptively gives up the rights to genetic testing, a district court trial about parentage, and right to counsel. Thus, it is highly encouraged to discuss the ROP with a lawyer, so there are no gray areas.

While an ROP is the most common way to establish legal paternity, a paternity adjudication or action is another approach. This is a court order that states who the child’s father is and opens the door to establishling several factors regarding the proper care of the child.

A variety of parties are eligible to bring a paternity action to court, as this helps declare the parent-child relationship with all involved individuals. The party in question will be served papers, and from there, genetic and other vital information will be compiled to form the case and reach a final decision.

Establishing paternity of a child is of high priority for fathers who wish to be involved in their child’s life. Being named the legal parent of a child gives the father specific duties, rights, and obligations pertaining to the care of the child. Many children are known to benefit drastically from receiving parenting from both the mother and father, given they’re each in a healthy state.

While there are a variety of ways to approach establishing paternity throughout the United States, Minnesota utilizes an ROP and Paternity Adjudication to reach a decision; one based primarily on an agreement and one involving the court.