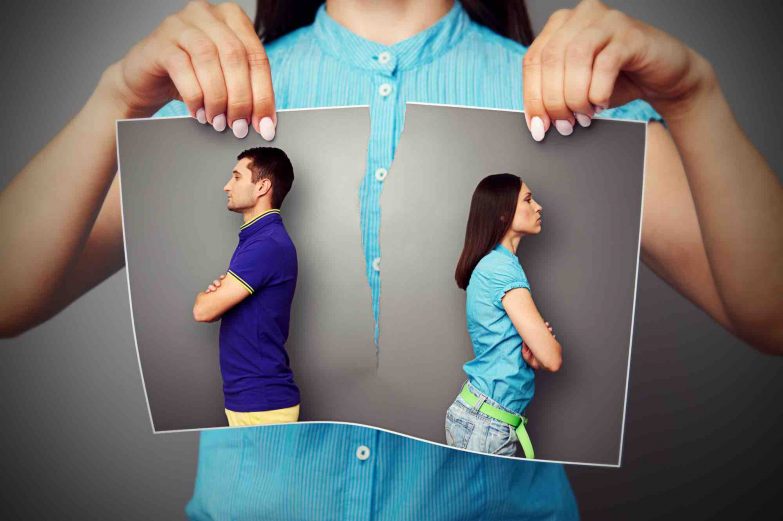 Approaching the decision of parting from a spouse is often a taxing time in an individual’s life, as many don’t expect their relationships to reach separation. Establishing boundaries, utilizing resources, and seeking professional help are all critical factors in both the divorce and legal separation processes. The legal system can be quite confusing, intimidating, and detached compared to the emotions that one may be experiencing, so establishing a proper support system both professionally and personally is very beneficial to complete a constructive and favorable process.

Minnesota Law titles divorce as “Dissolution of Marriage,” a legal process in which the marriage of two parties is formally dissolved. To begin this process in Minnesota, at least one of the spouses must be living in MN for a minimum of 180 days, or one spouse must be a member of the armed forces and must have kept their MN residency.

All court forms are required to be filed with the district court in the designated county where the designated spouse is living. The timeline for a dissolution depends on the county in which the case is being filed and whether parties involved have established an agreement on issues within the divorce.

Choosing legal separation is not only a change in the status of a marriage but a different legal process compared to divorce. Within this action, the parties remain married while living apart unless decided otherwise. A separation agreement can be arranged informally between the designated parties or with the help of a mediator should there be difficulties.

This process not only takes as long as divorce but will likely end up costing as much or more. Parties still have the option to ask the judge to issue an order that divides the parties’ assets and debts. Once the legal separation is complete, if the parties involved decide they would like the marriage dissolved, both will then have to go through the court process to get divorced. Until this is selected, no parties may resume using their former name.

While there are limitations both emotionally and financially in divorce and legal separation, couples may choose to move forward with legal separation rather than divorce because of moral values or religious beliefs against divorce. Additionally, insurance or other financial reasons may have an impact on the decision-making process. Furthermore, Minnesota’s divorce system is based on the principle of “no-fault,” meaning that a divorce will be granted if one party believes that the marriage is over, which can be trying on an individual if both parties aren’t in agreement.

Parties going through a divorce or legal separation have many of the same obstacles to discuss and reach agreement upon as both implicate relationship changes. Regardless, it’s incredibly beneficial for all involved to pay attention to the topics mentioned below.

In both divorce and legal separation, the care of children will need to be discussed and agreed upon. In most cases, parties will share the responsibilities for their children after the decision is granted. It’s vital to keep an open conversation with the children, attend educational programs, and be open to any questions they may have regarding the tremendous change that’s happening in their lives and the spouses involved.

Typically, parties will be granted joint custody, unless there are reasons that one parent should be granted sole custody over the other parent. If the parties cannot reach a decision on their own, it may make the process longer and considerably more expensive. In instances where the parties disagree about the designation of custody of the child(ren), parties will often need a custody evaluation.

Encouraging parenting time is applauded by the court system, as this is an opportunity to establish a mature relationship with the ex-spouse and maintain a positive relationship with the children involved. Many cases will result in equal parenting time between the parents. Accordingly, both parents would be expected to be actively involved in the child(ren)’s schooling, extracurricular activities, etc. However, in some cases, equal parenting time is not in the child(ren)’s best interests. Seeking professional advice is an option if there are suspicions of issues involving mental health, chemical dependency, abuse, or overall safety. There are a number of factors that a Court considers when deciding matters related to custody and parenting time of children. It is important for parties to understand the likely outcome of these matters by talking to a trusted professional.

Parents are obligated to continue supporting their children after any form of separation; there will always be a responsibility regardless of marital status. Both parties are required to provide support, but typically one parent pays the other parent child support. The parent that either doesn’t have as much parenting time with the children or if the parents have equal parenting time, the parent that makes more money, is the parent required to pay child support. Under Minnesota guidelines, the amount of child support will be determined upon the incomes of both parties as well as other factors established by the State. If the involved parties don’t agree with the guidelines child support amount, it is possible to deviate with justifiable reasoning.

In some cases, the court system may find it necessary to award spousal support. The court considers one party’s need and the other’s ability to pay to reach a decision. Either spouse can be awarded support, and the duration will either be permanent or for a short period revolving around the length of the marriage and many other factors.

Upon determining the differences between divorce and legal separation, utilize available resources and consult with an experienced legal team or professional to decide on the next steps. This will make the process for all involved virtually seamless. While it is a debilitating time emotionally and financially, establishing a support system is of utmost importance.